Saturday in the park, I think it was the 4th of July

It was actually the 3rd of July, but still it was an exciting Independence Day parade in Brownsville, VT. Penguin participated in the parade with a very creative float, and we're not just saying that; the Penguin float actually won "most creative float" in the parade. Eric may have greased the selectmen's palms for that honor. Just kidding, Eric and Raina created an incredible float. Check out some pictures: 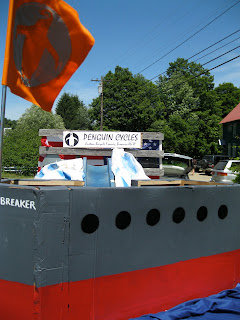 View from the ice-breaker front. 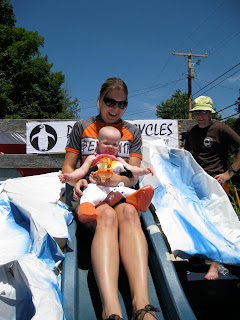 Alix and Annabelle go down the slide. 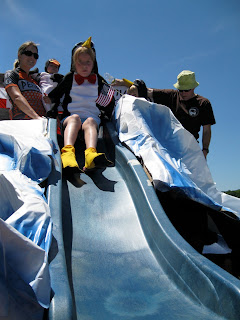 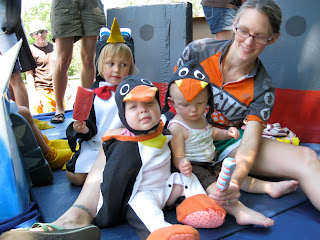 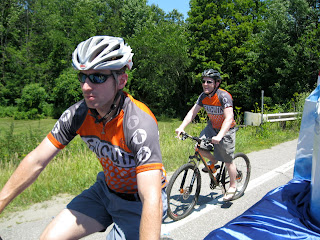 Of course there were bikes involved. I swear I smiled a lot, I'm just trying to look like a bike cop for this picture. Jesse can't hide how he's feeling though. 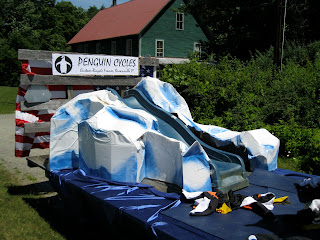 Side view of the iceberg